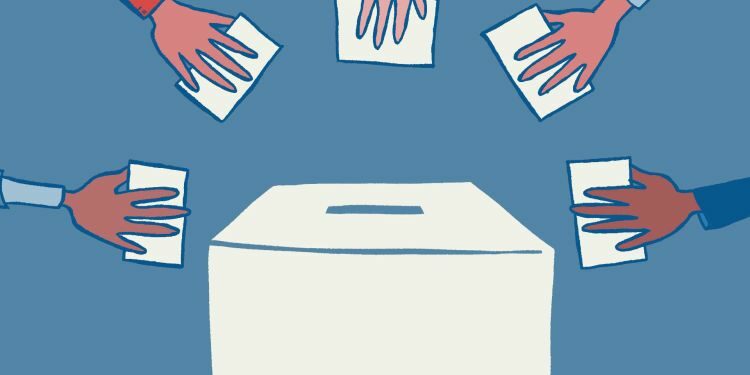 Recently, the Election Commission of India (ECI) approached the Law Ministry to permit NRIs to cast their votes from overseas through postal ballots

The Election Commission informed the government that it is “technically and administratively ready” to extend the Electronically Transmitted Postal Ballot System (ETPBS) to voters abroad for elections next year in Assam, West Bengal, Kerala, Tamil Nadu and Puducherry.

The current process of voting for an NRI

The current population of NRIs

What will be the process of  voting by postal ballots, if approved by the government?

Voting power to NRIs: The story so far

What is the situation in other countries?

Voting by expatriates differs from country to country, for example:

Recent Update: Non-Gulf NRIs likely to be first to get postal voting rights

Recently, the EC and the Ministry of External Affairs (MEA) held a meeting in which the latter, agreed to the proposal, on the condition that the Commission should arrange the manpower needed at the India missions abroad to facilitate postal voting for NRIs.

Key highlights of the decision

For now, Gulf countries are not part of the proposed pilot given the reservations earlier expressed by the ministry over seeking permission in non-democratic nations to facilitate postal voting for India citizens living there.

During the last meeting the EC is learned to have proposed that a designated officer in the Indian mission download the ballot paper on the voter’s behalf and hand it over. The overseas elector can then mark her preference at the mission, get the self-declaration form attested by the designated officers and hand back the ballot paper and declaration form in a sealed envelope to the mission, which will then dispatch all the envelopes to the election officer concerned.