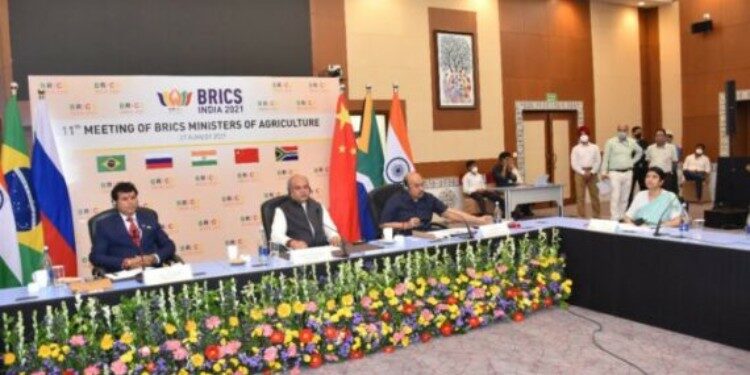 Theme of the meeting

It provides for enhanced cooperation in the field of agriculture amongst BRICS nations and focuses on the themes of food security, welfare of farmers, conservation of agrobiodiversity, resilience of food and agricultural production systems, promotion of digital agricultural solutions etc. which are integral to the sustainable development of agriculture.

It has been proposed to include “Conservation and promotion of agrobiodiversity for nutrition and sustainability” as a focus area for collaboration in the Action Plan 2021-2024 for Agricultural Cooperation of BRICS Countries.